If you're feeling unwell, get tested for COVID-19 and stay home until you’ve received a negative result. View our latest COVID-19 updates for Prato.

Palazzo Vaj and our garden 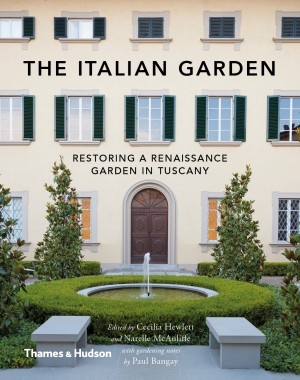 Our centre is located in Palazzo Vaj, a late eighteenth century building named after the Vaj family. Parts of the building are much older; the ground floor was constructed around the original twelfth century city walls, and fifteenth century graffiti were discovered on one of the outer walls where the garden is today.

From 1876 until 1999 the first floor was home to a literary association, Società dei Misoduli, which over time became a cultural and recreational club for the textile manufacturing bourgeoisie of Prato. The present owners, the Associazione Industriale e Commerciale dell’Arte della Lana (Wool Guild), purchased the building from the Vaj family in 1920. In the 1950s, refurbishment was carried out by Italo Gamberini, the Florentine architect who later designed the Luigi Pecci Centre for Contemporary Art in Prato. The first floor and its fittings are protected by cultural heritage laws.

Monash University established our centre here in 2001, with the assistance of regional and local authorities, and with the generous support of Rino and Diana Grollo.

As a gift to the city in 2016, we restored the Italian style garden. The garden design was created and donated by one of Australia’s most renowned landscape designers, Paul Bangay, and generously supported by the Carla Zampatti Foundation. You can view this timelapse video of the garden being built.

In 2020 we recreated in pebble mosaic some of the fifteenth century graffiti that had been found hidden in the garden in 1967 (the originals are housed in the Museo di Pittura Murale in Prato). We gratefully acknowledge Emeritus Professor John Nieuwenhuysen AM’s donation to the Bill Kent Foundation Fund which enabled the mosaics to be crafted by Italian artisans from Ravenna.

To learn more about the restoration of the garden, the story of Palazzo Vaj and the history of Prato, read The Italian Garden: Restoring a Renaissance Garden in Tuscany, with essays by Cecilia Hewlett, Paul Bangay, Luke Morgan and Narelle McAuliffe, photography by Simon Griffiths, and published in 2018 by Thames and Hudson. The book is available from select bookstores and a copy is held in the Monash University library.