If you're feeling unwell, get tested for COVID-19 and stay home until you’ve received a negative result. View our latest COVID-19 updates for Prato. 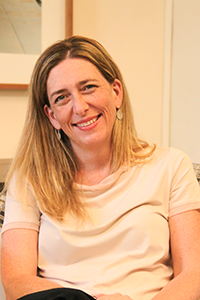 Cecilia leads the strategic planning and direction of our centre's activities, with guidance from the Prato Board. She is also Associate Dean (International) of the Faculty of Arts. Cecilia played a key role in the centre’s establishment with its founding director, the late Emeritus Professor Bill Kent. She held the position of director of our centre 2012-2020. With a PhD in Renaissance history, she has held fellowships at Harvard University's Villa I Tatti and the European University Institute. Her publications include: The Italian Garden: Restoring a Renaissance Garden in Tuscany (co-edited with Narelle McAuliffe); Studies on Florence and the Italian Renaissance in Honour of F.W. Kent (co-edited with Peter Howard) and Rural Communities in Renaissance Tuscany. Contact Cecilia if your institution or organisation has a proposal for academic or industry collaboration with Monash University in Europe. 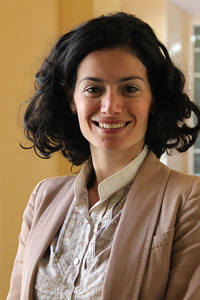 Cathy has been the manager of our centre since 2011. You can contact Cathy if you wish to book the centre for an international conference or meeting, education program, or event. In addition to overseeing the centre's program of activities, Cathy also manages its general operations including human resources. If you wish to be considered for future employment opportunities, forward Cathy your curriculum vitae and cover letter. 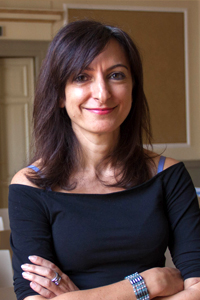 Loredana is the key contact point for university academic programs at our centre. She will help you develop a program embedded in a European context. Contact Loredana if you are interested in running a program here. Interested in our internship program? Loredana will help place you if you are a student, or she will find a Monash intern with the perfect profile for your organisation. With her background in translation studies, Loredana can help you navigate cross-cultural workplace experiences. 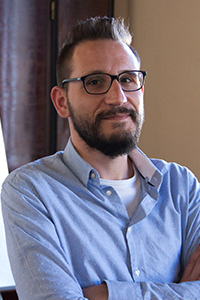 Samuele teaches intensive in-country Italian Studies units for the School of Languages, Literatures, Cultures and Linguistics and our Parliamo! not-for-credit course. He has published in both English and Italian on queer and performance studies, feminist and lesbian theatre, and feminist queer theories and anti-authoritarian political thought. His post-doctoral independent research has focused specifically on the connections between feminist queer theories and interdisciplinary, critical pedagogies to encompass sexuality and citizenship education, activist performances, and cultural and educational exchanges. Read Samuele's research profile. 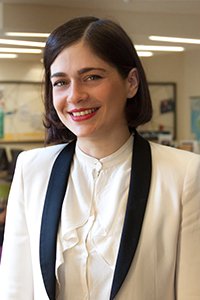 Mariagiulia coordinates our community engagement initiatives. Born and raised in Prato, with a background in foreign languages, Mariagiulia will help you navigate the local scene to maximise your overseas study experience. If you’re a student coming to Prato, she’ll put you in contact with locals through initiatives such as Buon Appetito! family meals and our homestay program. Mariagiulia also coordinates our Visual Residency program, connecting our artist-in-residence with the local arts scene. 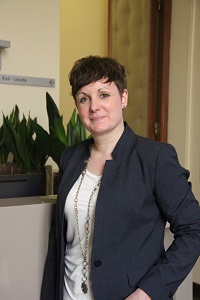 Heather supports our students during their time in Prato, using her background in university admissions and in student services and housing in Florence. She will help you meet locals, and even learn a little Italian, through our Conversation Exchange initiative. Originally from Scotland, Heather is a language graduate with a passion for Italy and travel so she’s always happy to share travel ideas during your stay here.

Lianca teaches in the units ATS1229/ATS2229 Intensive Introductory Italian 1 (in country), which run from 27 June to 15 July 2022. She has taught Italian language and culture at all levels and general education courses at Brown University, Colgate University, the University of Rhode Island, and the University of New Haven, Tuscany Campus. Lianca received a PhD in Italian Studies from Brown University in 2017, with a dissertation on Cesare Pavese’s late works. Her research interests include twentieth century Italian literature, the relationship between politics and literature, Fascism and anti-Fascism, and European history of the nineteenth and twentieth century.

Annalisa is the Chief Examiner and Unit Coordinator for the units LAW4666/LAW5619 European Human Rights Law, which run from 27 June to 15 July 2022. She is a Professor of International Law at the University of Verona and a lawyer specialising in human rights and international justice. She has taught at the Institut des Hautes Etudes Internationales (IHEI), Université Panthéon-Assas (Paris II) and the European University Institute (EUI). Annalisa has also served in various international roles, including most recently as a United Nations Special Rapporteur on the Rights to Freedom of Peaceful Assembly and of Association, and she is currently an ad hoc judge of the European Court of Human Rights for Italy. Matteo is also an Adjunct Research Fellow of the School of Languages, Literatures, Cultures and Linguistics. He worked on the Youth in the City research project in Prato. Awarded a PhD by Monash University, Matteo’s research interests include how cultural producers collaborate with Indigenous, migrant and multiethnic communities to produce transmedia and transcultural counter-narratives of belonging and identity. His first monograph Legacies of Indigenous Resistance was published by Peter Lang Oxford in 2019. Read Matteo's research profile. 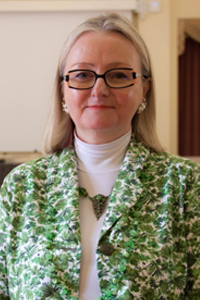 Sarah coordinates our centre’s vibrant calendar of events. If you're organising a research workshop, conference or other event, Sarah will be your key contact to ensure it runs smoothly. She also coordinates our Australian secondary school study tour program. Originally from England, Sarah has been living in Italy for over 35 years and has a wealth of local knowledge and international event management experience. 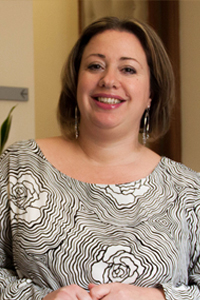 Francesca will help you find the right accommodation in Prato, whether you're a student looking for a suitable long-term option, a conference organiser who wants advice on hotels or residences, or a Monash visiting staff member who may be interested in staying in our apartments located on the third floor. Francesca’s extensive experience in the tourism industry means that you are in good hands. 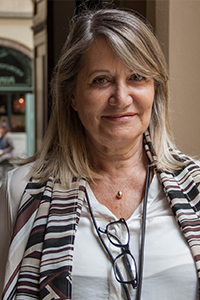 Donata works on facility-related projects at our centre.

A graduate of the Faculty of Architecture at the University of Florence, she specialises in interior design and renovation. 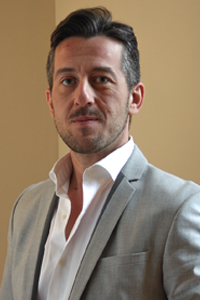 Leonardo is responsible for various aspects of our centre's administration, especially finances. If you're organising a conference or event at our centre, Leonardo will provide you with on-the-ground assistance and help you liaise with local suppliers to secure the best price for services or products. 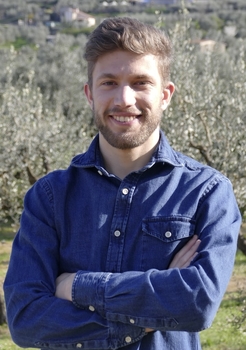 Andrea will help you with anything IT related you might need during your time at our centre, such as connecting to wifi, configuring your presentation for a conference, printing a document, or hardware and software issues. Leonardo manages all IT related matters at our centre, from the servers and network devices to computer hardware and software trouble-shooting. He also maintains our audio-visual facilities and keeps our IT systems secure. Contact Leonardo if you are organising a conference or course and need advice on our technical facilities. 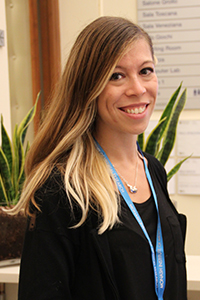 Monica welcomes you at reception. A graduate of East Asian languages, and multimedia communication and events, she has studied in London and Tokyo. With over a decade's experience in the tourism sector, Monica will connect you to places and activities at our centre and in Prato and Florence.